How power world simulator can be useful for power system operation

What is a power world simulator

Power world simulator can also be used for transient stability analysis, by this simulator the user will be able to see the system models through the use of full color animated online diagrams, zooming and panning can be done too 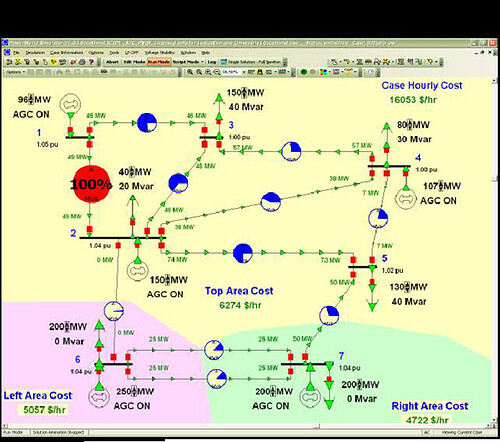 By the help of this, the user will be able to analyze the voltage stability characteristics of a system. After this simulation, the user can graph various system parameters.

It is used to minimize the objective function, the optimal solution is determined by the programming algorithm of OPF and it is done by iterating between solving a standard power flow and solving a linear program to change the system controls and thus removes any limit violation

The optimal commands and options are accessed through the LP OPF main menu item, by the help of the OPF system the objective system can be minimized by changing the system controls

It also minimizes the objective function, but in a better way than the OPF, the OPF does the minimizing of the objective function by changing different power system controls but while doing that it may affect the power balance and other problems will happen due to this and in that case we can use the SCOPF by using this it can solve the base case power flow and linear program runs the changes in system controls so that contingency can be removed

It is used to simulate ancillary service reserve, in case of load disconnection or loss of stability. The power system needs an adequate level of reserve it can be used for the better operation of the system

The OPF simulates energy according to normal operation constraints

It allows the analysis of the system dynamic response to disturbances such as loss of generation, faults, and sudden load change the main objective of this analysis is to determine whether the machine will reach the synchronous frequency following a disturbance or not 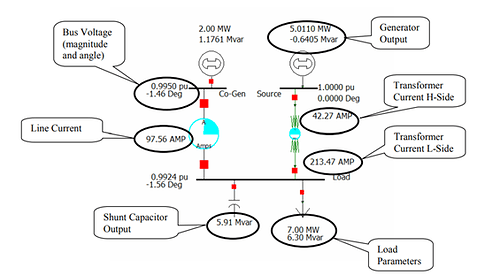 It does the single solution of the power flow equations, it allows the user to use the simulator as a standalone power flow

It can terminate the current power flow solution, in case of timed simulation pressing the abort button will pause the simulation 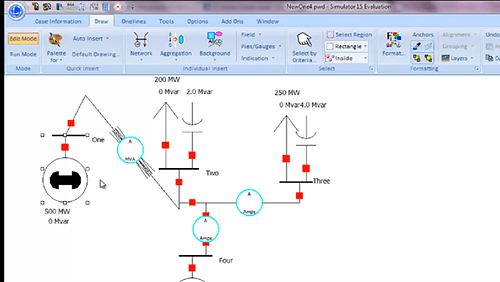