How is Radar level technology useful?

How is Radar level technology useful?

How do you know if the radar is the right technology for your tank?

In order to know how radar benefits we must know about radar technology.

There are large number of design options that determine the performance of non- contacting radar. Unlike many technologies, radar performance can vary due to different antennas, processing software, internal components etc.

Pulse radar emits a very short burst of radar into a vessel and the same antenna listens for the echo off the top of the material. This time of flight determines the tank level. 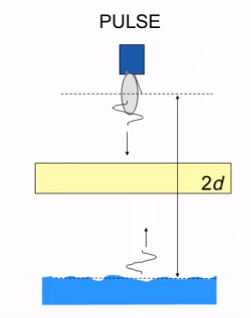 A continuos wave of radar is emitted whose frequency is constantly changing at a precise rate. The same antenna receives the echo. The difference in frequency between the outgoing and incoming signals determine the time of flight and this determines the tank level.

Pulse requires less power but had less resolution and was used for 2 -wire applications.While FMCW requires more power and often larger antennas and cost much more but it provided much better resolution so it dominated large , custody transfer application. 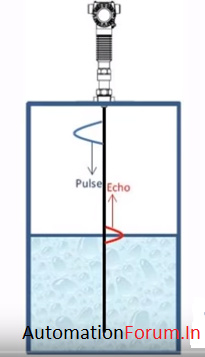 Emits a pulse of radar down a rod or cable which extends to the bottom of the vessel. When the pulse hits any kind of change in electrical surrounding (such as the top of the level or an interfere) an echo is generated. The time of flight determines the level or interface height.

Consider the figure below. Interface measurement happens when level sensor tracks interface between two different media. The media need to have significantly different characteristics. For example density or dielectric constant. For guided wave radar the relevant parameter is dielectric constant. But there are restriction due to the dilelectruc constant contrast and upper material thickness. 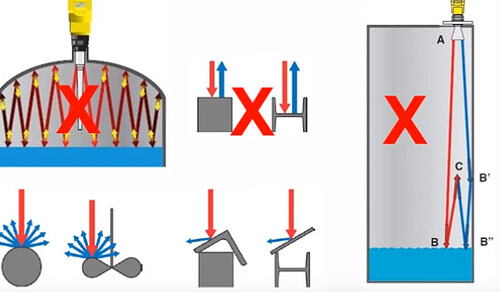