How Fuel level is measured in aircraft?

What is level measurement? 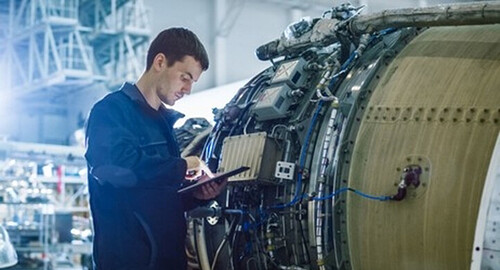 Challenges in measuring the level of fuel in an aircraft

In jet aircraft, fuel is measured in pounds due to the fuel volume is changed based on the temperature. This is very critical when a jet flies in high altitudes where the temperature will be -40 to -50 Fahrenheit. Furthermore, fuel is consumed by mass rather than volume. 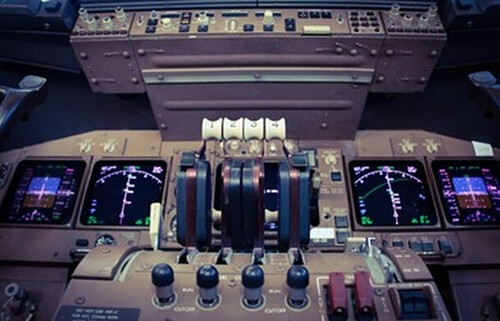 Sensors in aircraft must be able to cope with altitude changes.

So, ultrasonic or capacitance sensors are used in aircraft.

Ultrasonic sensors use ultrasonic waves to measure the height or level of the fuel tank.

While using capacitance type of sensors to measure the fuel level, the fuel is passed through particular vents and it causes the variance of capacitance in the sensors and it allows measuring the level of the fuel. The computer in the aircraft sends the information to the pilots subsequently.

Receiver- which encounters the sound after it has traveled to and from the target.

In aircraft, fuel is stored in the wings which are rectangular in shape with a very detailed internal structure. A common fuel measurement system consists of a number of fuel sensors mounted in the tanks to directly sense the fuel level inside the tanks, which is proportional to the amount of fuel. In most cases, capacitive probes are used in commercial airplanes. The fuel volume V is calculated by measuring the height h of the fuel at various positions within the tank.

For a particular fuel type, K can be accurately modeled as a linear function of temperature, meaning that K can be inferred using temperature measurements. Due to the hydrocarbon’s chemical composition varies based on the airport, country, and suppliers. So the value of K varies from their normal linear fit.

To avoid this issue, we use the capacitive sensor for reference. This reference is called compensator. The compensator is always submerged in the fuel.

Every aircraft have some indicator to show fuel quantity. These devices vary with the aircraft’s fuel system complexity. Some reading indicators don’t need any electrical power but this type of sensor can be used only on light aircraft with fuel tanks that are close to the cockpit’s proximity.

Slight Glass: It’s a clear glass or plastic tube that connects to the fuel tank and holds the same amount of fuel as the tank.

This slight glass can be calibrated either in gallons or in fractions of a full tank. Other types of targets use floating-point with indicator bars attached. The float will move up and down based on the fuel level in the tank. The part of the connecting rod that passes through the fuel tank cap represents the amount of fuel in the tank. These two mechanisms are coupled to another simple fuel gauge with a float attached to a rod that moves up and down in a calibrated cylinder.

In modern aircraft, electric fuel quantity indicators are used than mechanical indicators. DC (Direct Current) is used to run these indicators and ratiometer-type indicators are energized by using the variable resistance in a circuit. A connecting arm adjusts a wiper on a variable resistor in the tank unit when float in the tank moves. One of the coils of the ratiometer-type fuel gauge in the instrument panel is wired in series with this resistor. The current flowing through one of the coils in the indicator changes as the current passing through the tank unit resistor changes.The magnetic field in which the indicating pointer pivot changes as a result of this. The fuel quantity is indicated by the calibrated dial.

A digital display that operates with the same variable resistance signal as the tank unit is available. The fluctuating resistance is converted to a digital display on the cockpit instrument panel. Fully digitized instrument systems, such as those found on glass cockpit aircraft, convert fluctuating resistance into digital signals, which are processed by a computer and displayed on a flat-screen.

Fuel metering and management systems are frequently custom-designed to match the requirements of each aircraft type. The system’s designers adhere to requirements for maturity at entry-into-service, the most up-to-date technologies, safety, dependability, correctness, and maintainability while reducing the customer’s total cost of ownership.