These rectifiers are widely used in many electronics based converters, only one SCR is used in half wave single phase rectifier and it is placed in between the AC source and the load the controlled rectifier, performance is depended on the type of the output circuit 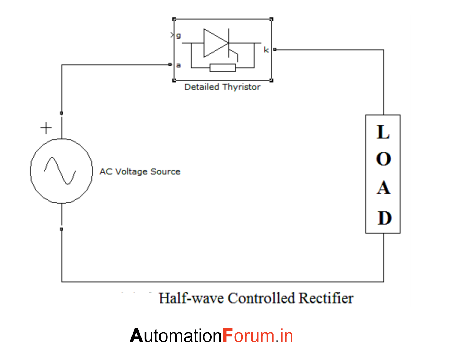 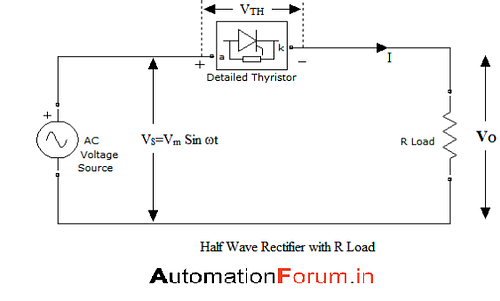 During the negative half cycle, the negative terminal of the supply is connected to the anode and the cathode to the positive and the thyristor is reverse biased

Due to the inductive load the increase in current is gradual during the time t01 to t1 , during the time T1 the supply voltage reverses but the thyristor continues to conduct because current through the inductance can’t be reduced to zero 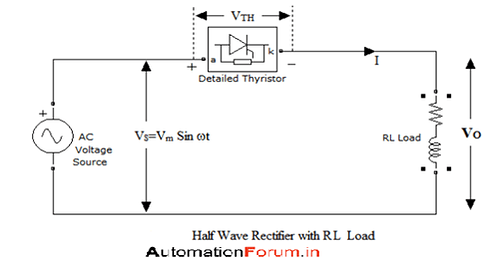 In the negative half cycle anode is connected to the negative terminal and cathode to the positive and the thyristor is reverse biased, a current will flow till the energy stored in the inductance is dissipated in the load resistor 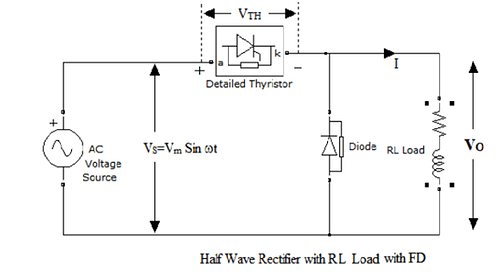