In this article, we are introducing how to implement simple home automation by using an Arduino Uno microcontroller. By using this method, you can turn ON/OFF your devices in your home remotely by using your smartphone

How to Connect the Arduino to the Bluetooth HC-05

Step 1: As indicated in the circuit diagram, connect the Arduino’s +5V and GND pins to the bus strips on the breadboard.

Step 2: Connect the 5V and GND pins to the bus strips on the breadboard to power the HC-05 module. The HC-05 is supplied by 5VDC but has an onboard voltage regulator that provides a 3.3V supply to the transmitter. This means that the TXD and RXD pins are just 3.3V.

Step 4: The TXD pin on the Arduino must now be connected to the RXD pin on the HC-05. The Arduino delivers data to the HC-05 over this connection, which is the second half of the two-way communication.

The STATE and EN pins on the HC-05 module are not used because they are not needed for this design. 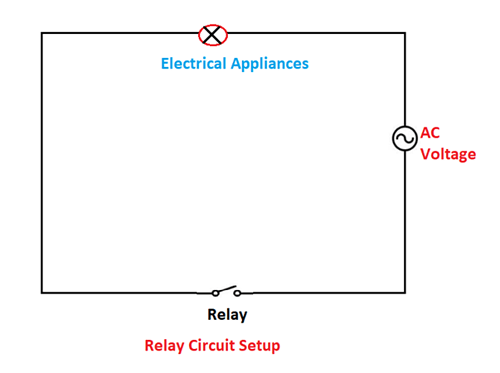 We’re using a relay module with a relay driving circuit that allows it to connect directly to a microcontroller GPIO pin for this application.

Note: We’re utilizing a relay module that can take up to 10 amps of current at 240V AC. This is sufficient current for many gadgets, but not for high-power appliances such as a heater or dryer. You’ll probably need twice the current capacity (about 20 amps) for high-power appliances. You have the option of upgrading to a higher current relay or connecting numerous relays in parallel. Because half of the current passes via each relay, two 10-amp relays in parallel are equivalent to a single 20-amp relay.

To connect the relay module to the Arduino, follow these steps:

// Initialize relay one as off so that on reset it would be off by default digitalWrite(RELAY_1, RELAY_OFF);

data = Serial.read(); //Read the incoming data and store it into variable data

Serial.println(“Bulb is now turned ON.”);

Serial.println(“Bulb is now turned OFF.”);