EVOLUTION OF MICROPROCESSOR AND ITS APPLICATIONS

A microprocessor is a computer processor that does the functions of a central processing unit it is a silicon chip that has millions of transistors and other electronic components. A microprocessor can process millions of instructions per second it is a combination of memory and special purpose chips and preprogrammed by a software. According to the instructions stored in the memory, it processes the input digital data the microprocessor has various functions like data storage interact with other devices but the main function is to send and receive data to make the computer function well. A microprocessor is a single chip with a lot of useful functions are integrated and fabricated on a single chip 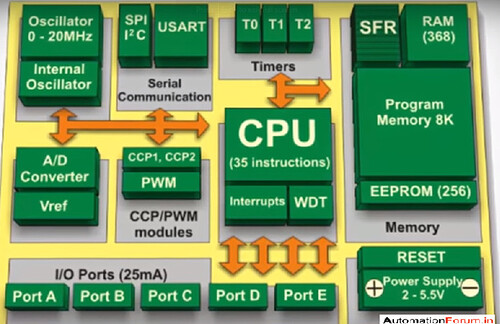 Its architecture consists of CPU, memory modules, system bus, and an input-output unit. A system bus connects various units for information exchange it consists of data address and control busses to perform data exchange. The CPU contains registers, arithmetic & logic unit, and control unit. Microprocessor consists of special purpose and general purpose registers for execution and storage of data while the program runs for accepting and sending the information I/O peripheral devices will be interfaced with the microcontroller. 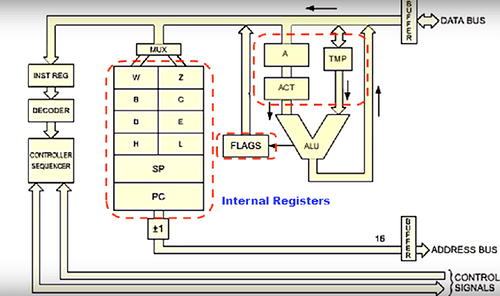 3rd generation - this is the period in which 16-bit processor was created and designed using HMOS technology Intel 8086 and Motorola 68000 were developed. The speed of this processor was four times better than 2nd generations

5th generation – in this generation 64 bit microprocessor was created examples are Pentium, Celeron

These type of processor performs different tasks like uploading, downloading and recalling of data it also does a complex mathematical calculation in a single command

in this, the hardware of the processor does many tasks at a time and it can be used for ALU or multipliers they have different operational units and these processors can carry out more than one command by transmitting much instruction for the extra operational units

These are used for digital to analog conversion or analog to digital these are also used to encode or decode videos the microprocessor used Is excellent in mathematical calculations the chips of this processor are used in RADAR, SONAR and in audio gears