What is Eddy current loss?

According to Faraday’s law of electromagnetic induction, an emf is induced in a material when an alternating magnetic field is applied to a material with the magnetic property.

The EMF’s current flow rotates all around the magnetic material’s body due to the magnetic property of the conducting material. This rotating current is known as Eddy Current. They will happen when the conductor is subjected to a changing magnetic field.

Because these currents aren’t doing any useful work, they cause an Eddy Current Loss (I2R loss) in the magnetic material.

The loss of eddy currents is caused by the relative motion of the core and the magnetic flux. 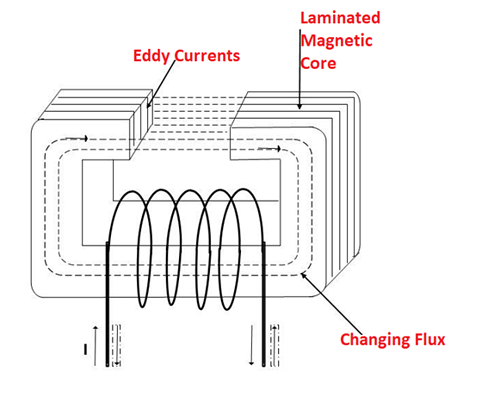 The equation to find eddy current loss is given as:

t = Thickness of the material (m)

How to reduce Eddy current loss?

We can reduce the eddy current loss by doing the following methods.

What is Hysteresis loss? 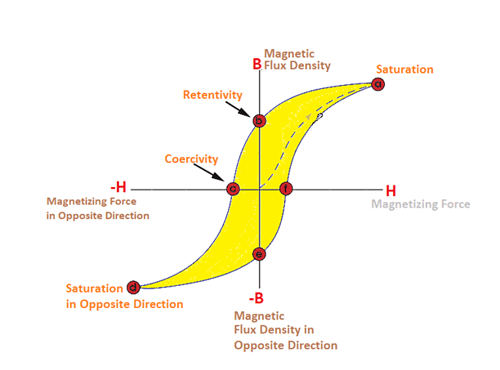 The equation for hysteresis loss is given as:

η = Steinmetz hysteresis coefficient, depending on the material (J/m3)

n = Steinmetz exponent, ranges from 1.5 to 2.5, depending on material

Use of Hysteresis loss