A photoemissive cell consists of an Anode, cathode, glass envelope and connecting pins.

The anode is a rode and the cathode is a curved plate coated with a photoemissive material like Cesium antimony. Currents produced across anode and cathode.

Both anode and cathode are sealed within an evacuated envelope.

When a beam of light falls on the cathode, electrons are released from it, which are drawn towards the anode. The anode is maintained at certain positive potential. This gives rise to a photoelectric current.

The current produced across the anode and cathode is proportional to the intensity of the incident light on the cathode. The spectral response also depends on the nature of material coating in the cathode. 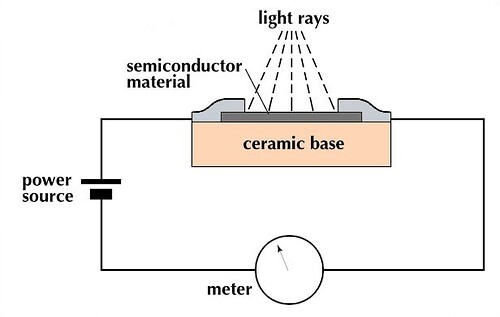 The resistance of the photoconductive material change when a beam of light is incident on it. Basically, the materials are Ge, Si, Cadmium Selenide.

When photoconductive cell got sufficient sunlight then its conductivity increases during and it works like a closed switch. If there is no light then the cell work as an open switch.

A photovoltaic cell or solar cell is an active transducer, which generates electricity when irradiated by sunlight. 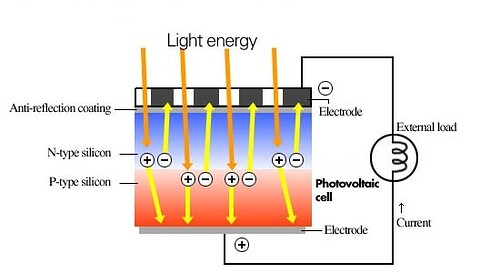 A P-type silicon and N-type material are diffused to form a photovoltaic cell When a semiconductor material is exposed to light, photons of the light ray are absorbed by semiconductor crystal which causes significate number of free electrons in the crystal, this phenomenon is called photovoltaic effect.

The photovoltaic effect is the basis of generation of current across the semiconductor. Current generated is taken across the PN junction, where P is the positive and N negative terminal. 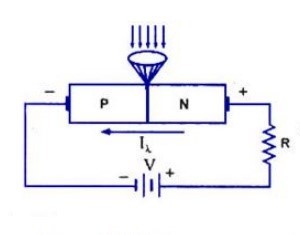 Photodiodes are reverse biased PN junction diodes. Reverse saturation current flows due to the terminal generated carrier. Carriers can be formed due to light incident to the junction and the increase in temperature.
This is the biased variation of the photoconductive cell and fast in response. 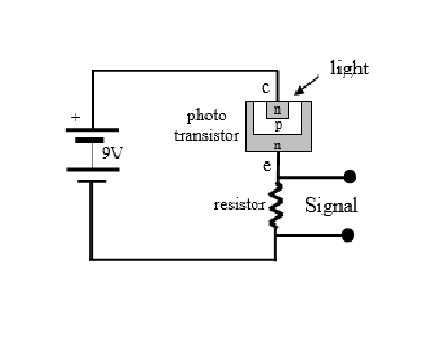 The phototransistor is the arrangement of 3 semiconducting layers, that is two diodes back to back.

What is a photomultiplier tube and how does it work