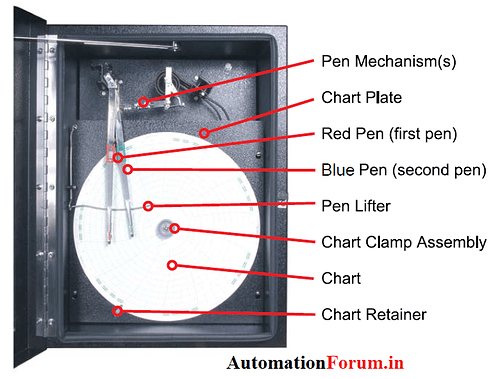 The pen trace can be optimally altered by turning the pen arm friction onto the pen arm as shown in figure below: 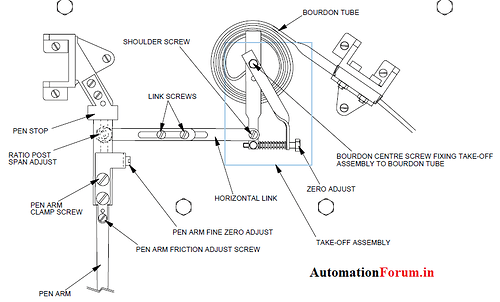 Turn the pen arm fine zero to adjust the screw in the direction required to move the pen to the desired amount to position the pen to read accurately at zero when pressure is vented or any desired known pressure value on the chart.

Mechanical calibration is concerned with the precise setting of the zero, span and linearity of the recording pen compared to a known temperature read with a certified thermometer traceable to national calibration standards.