CHARACTERISTICS AND APPLICATIONS OF BRIDGE RECTIFIER 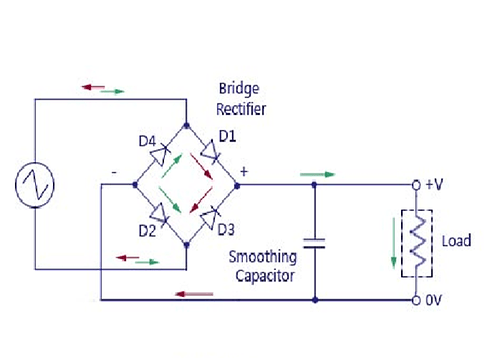 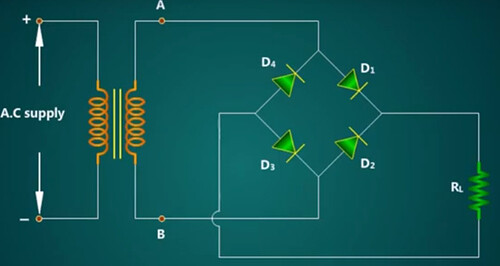 Bridge rectifier is classified into several types based on the factors like power supply, controlling capability, diode types

In this case, the single-phase uses four diodes to convert AC to DC while in three phases it will use six diodes these can be again classified into controlled or uncontrolled depending or circuit components like diodes or thyristors 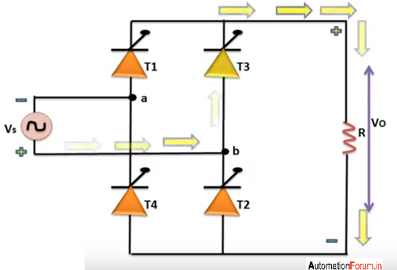 This type of rectifiers are used in constant or fixed power supplies because the diodes only allow power in one direction and it doesn’t allow the power to vary according to the load requirement.

In this kind of rectifier instead of using uncontrolled diodes, they use controlled solid state devices like SCR’s, MOSFET’s, IGBT’s are used to vary power according to different voltages. Thus output power of the load can be changed by triggering this device at various instants

In reverse bias condition, the maximum amount of voltage a diode can withstand is called peak inverse voltage

Ripple factor for a bridge rectifier is

ADVANTAGES AND APPLICATIONS OF BRIDGE RECTIFIER

Wheatstone bridge and its applications