There are types of Drum level control:

In single element level control, only the process variable (PV) is measured, that is level is measured to control the level itself. 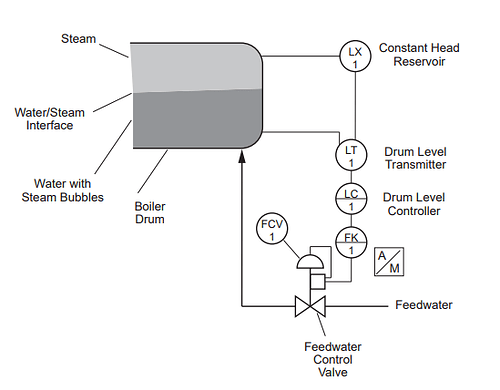 As the level is measured using the level transmitter, the level controller gives an appropriate control action to the valve. Valve adjust the inlet flow of the water to the drum.The Auto/manual transfer of feedwater control valve is accomplished via Fk-1.

In two-level control, cascade control system is used. Not only the inlet flow, the outlet flow can also affect the level of the drum.

In this cascade control system, the level control becomes the primary and the flow control the secondary 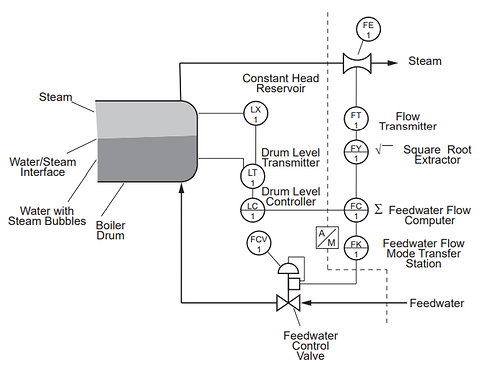 An additional steam flow element is added to the single element. Any imbalance between steam mass flow out and feedwater mass flow into the drum is corrected by the level controller. This imbalance can arise from leakage in stem circuit, variation in feedwater supply pressure.

The three-element level control measures the inlet flow of the water to the drum takes. So that the rate of flow from the drum and rate of flow to the drum, then the level of the measure and put into controller action. 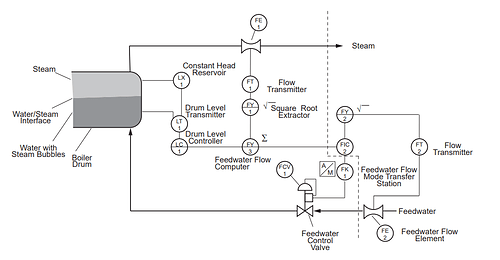 Do you want know about Radiation level measurement techniques ?