The ZDT Oxygen Analyzer is designed for continuous monitoring of oxygen content in applications.

The Zirconium oxide sensor usually is furnished in a convenient probe format for direct-in-line insertion. The sensor is based on the zirconium oxide is the conductor of oxygen ion. The Zirconium exhibits very high resistance at room temperature. 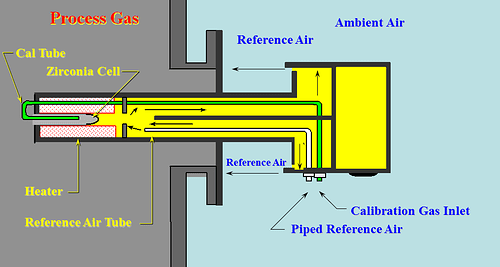 Using air as the reference gas, the current produced will be the measure of the concentration of oxygen in the process gas only.