Basics of interferometer, principle and operation

The interference phenomenon is always related to the wave theory of light. In essence light has a magnitude of amplitude, wavelength, phase and speed. If light passes through a medium, the speed will change. If the changes are measured, then the measurement of the wavelength of light can be done by interference.

An interferometer is a device that is able to determine the coherent ray wavelength.

The arrangement consists of the following: 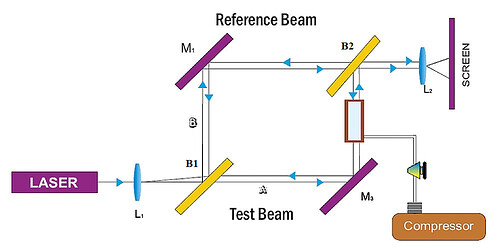