How does a capacitive sensor operate ?

A capcitive proximity sensor measures a change in capacitance which is caused by the approach of an object to the electrical field of a capacitor.

Two small plates that form a capacitor are located directly behind the front of the sensor. 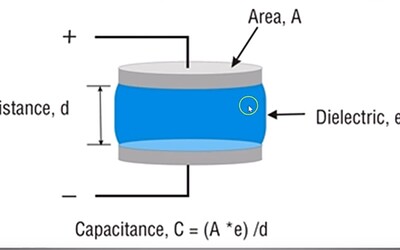 When object approaches the sensor,the dielectric constant of the capacitor changes.

This changes the oscillator frequency,which activates the sensor output.

A capacitive sensor detects all materials that are good conductors and insulators that have a relatively high dielectric constant.

The maximum sensing distance depends on the physical and dielectric characteristics of the object.

The larger the dielectric constant,the easier it is for the capacitive sensor to detect the object.

Generally,any object with a dielectric greater than 1.2 can be detected.

1.Short sensing distance varies widely according to material being sensed. 2.Very sensitive to environmental factors,humidity in coastal/water climates can affect sensing output. 3.Not at all selective for its target-control of what comes close to the sensor is essential.