What is home automation?

Home automation is implemented to provide complete computerization of home equipment and centralized control even if the owner is away from the home. An automation system can control the lights, HVAC system, and other electrical devices.

The home automation can provide better access and security. 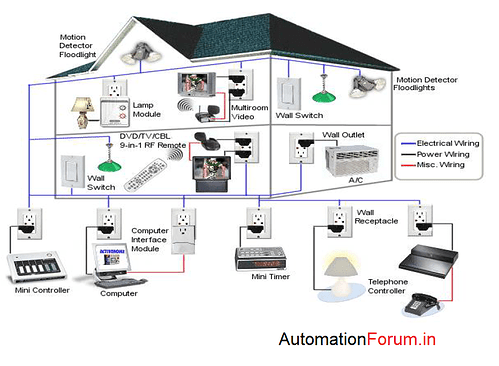 Basic design for Arduino based automation: 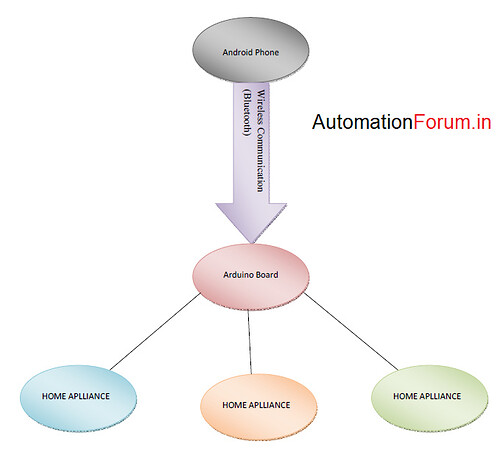 Arduino is an instrument used to build a better version of a computer which can control, interact and sense more than a normal desktop computer. The Arduino microcontrollers are commonly used for home automation because they are opensource, easy to program and inexpensive.

But Adruino board doesn’t have Bluetooth on its own, so we have to use a Bluetooth module connected to the Arduino board to connect the android device to the Adruino, specifically HC-06 Bluetooth module.It is a remote technology created to take the place of wired devices to wireless one which links gadgets like cell phones and PCs (Laptops/desktops).

At the other end, it is the android systems are commonly used as the user device. The android is user-friendly and we can easily build an application for our purposes and there are many applications available in the platform.

ArduDroid is a simple Android app that will make controlling the pins of Arduino-Uno from an Android phone wirelessly possible. ArduDroid employs a simple Android user interface to control Arduino Uno’s digital and PWM pins, send text commands to Arduino-Uno and receive data from Arduino over Bluetooth serial module.