There are several applications where VFD can be used which are listed below:

The cooling tower is set up used to chill water thus to increase the efficiency of the condenser. 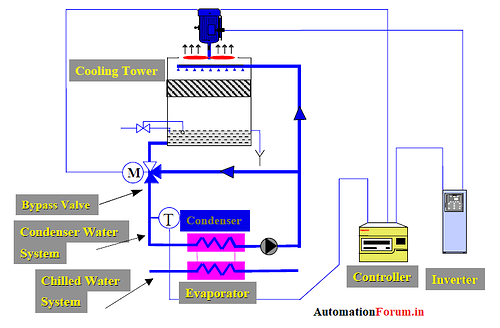 When the condenser water is flowing fully over the tower the fan or fans are cycled on and off to control the water temperature. Fitting a VFD to the fan system can control the speed of the fans, the VFD system compares the temperature of the water with the outdoor temperature.

This makes the system more efficient when the water temperature changes the fan adjusts its speed.

On large boilers modulating control is used to regulate the boiler output to match the building load. The boiler is burnt by combustion which needs fuel and air mixture in a definite proportion. 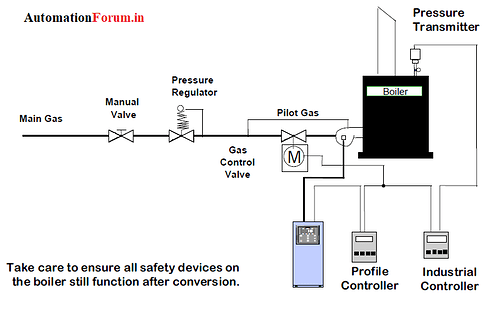 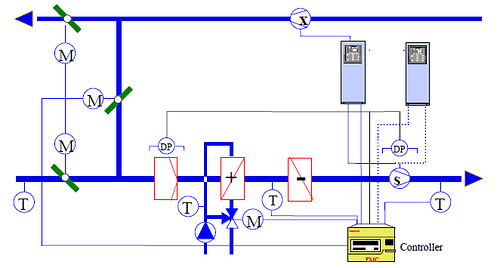 The system design provides sufficient capacity to deliver supply air to the space for design load conditions. If the VFD is fitted to the air blowing system the air flow will be controlled with VFD by controlling the speed of blowers related to the load condition. The motor will only run at full speed when full heating or full cooling is called for. 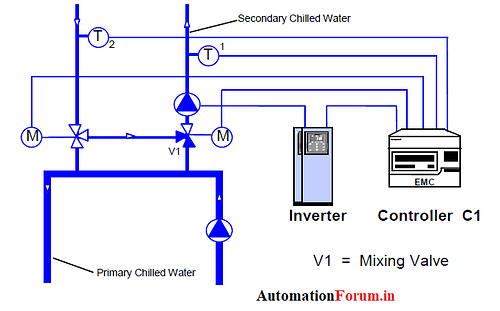 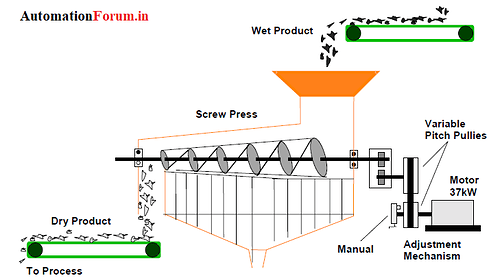 A screw press is used to reduce the moisture content of a wet product.

Conventional control uses a set of mechanically variable pitch pulleys. The operator fixes the speed of the screw in order to meet the process requirements. However, differences in the wetness of the mixture means that the end product suffers from inconsistency. The mechanical speed variation is also unreliable and wear can take place thus changing the speed with respect to the adjuster position.

In the small conventional elevator system, single or two-speed motors are connected directly to the elevator car. Which will cut off the power supply to the motor when the car reaches the desired level, which results a sudden stop to the car. Starting is also coarse as the motor is generally switched directly on to the power supply causing harsh acceleration. 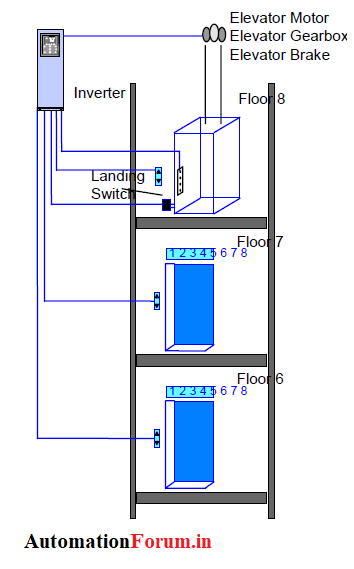 By using a VFD to the existing control, smoother starting is achieved and stopping is more precise. This is a totally controlled stop, so it is a repeatable process. It is not easy to give a design for a control interface since there are many different possibilities, but the VFD application engineer must be familiar with VFD capabilities to ensure that the correct operation mode is used.