In any application where a conventional smoke detector can be used, air sampling systems can be used. It can also be used in environments where the use of conventional detectors is problematic, such as high air currents.

Air is continually drawn (by a pump) through an air sampling tube network from the protected area. The typical sampling network is covered by a maximum area of 1.858 m2. This air sampling is fed through a chamber of detectors. The air sample is monitored for smoke content in a way similar to a light scattering photoelectric ceiling detector. 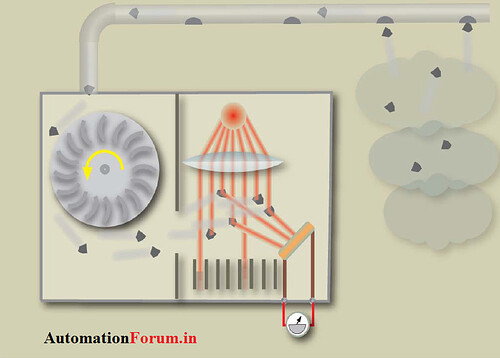 The pump, air filtering and smoke detection features are all highly specialized to the extent that the control unit can measure smoke levels quite accurately. The ASD triggers an alarm when the average smoke concentration of all sample openings exceeds the threshold level of the alarm.