What is optical fiber?

Fiber optics, also known as optical fiber, is a technology that uses light pulses to transmit data along with a glass or plastic fiber. A fiber optic cable can contain anywhere from a few to several hundred of these glass fibres. Another glass layer called cladding surrounds the glass fibre core. 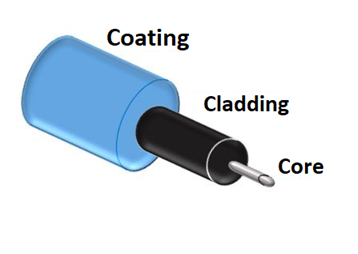 What is the coaxial cable?

A Coaxial cable is a special type of copper cable with a metal shield and other components designed to prevent signal interference. Coaxial cable gets its name from the fact that it has one physical channel that carries the signal and is surrounded by another concentric physical channel that runs along the same axis after a layer of insulation. The ground is provided by the outer channel. Many of these cables or pairs of coaxial tubes can be housed in a single outer sheathing and, when used in conjunction with repeaters, can transmit data over long distances.

Differences between coaxial and optic fibre

Industries –These fibres are used for imaging in difficult-to-reach places, such as in automobiles for safety and lighting purposes on both the inside and outside. They transmit data at breakneck speeds and are used in airbags and traction control systems. They’re also used in industries for research and testing.

Advantages and disadvantages of optic fibre

Advantages and disadvantages of coaxial cable

Silica is ideal for fabrication because it has perfect elasticity until it reaches its breaking point.

2)What is the bandwidth of optical fiber?

The bandwidth of the optical fiber is 900 THz.

3) What is the core in optical fibre?

The core is considered as the light-carrying portion of the optical fibre.