Arduino is a platform for open-source electronics. Arduino is made up of relatively simple software and hardware to make it easy to use. Arduino boards can translate sensor inputs like light or a finger on a button into outputs like turning on an LED or starting a motor. By giving the board’s microcontroller a set of instructions, you may tell it what to do. The Arduino programming language (based on Wiring) and the Arduino Software (IDE) are used to do this (based on Processing).

The Raspberry Pi is a full-fledged computer with its own operating system, whereas Arduino boards are microcontrollers. They only run C/C++ applications that are saved in their firmware. The Arduino Integrated Development Environment (IDE) is free software for programming and uploading code to an Arduino board.

Here we are going to discuss 16 Arduino projects for beginners

In the medical field, electrocardiography is one of the most precise and widespread methods of measuring heart rate. Athletes and patients must monitor their heart rates in order to determine their cardiac status.

A heartbeat sensor is an easy and sensible approach to assess heart rate, thanks to technological improvements. The sensors can be used to monitor a person’s heart rate in wristwatches, cell phones, and chest strips.

Photoplethysmography is a technique for measuring changes in blood volume in an organ. This is accomplished by monitoring variations in the intensity of light going through the organ. This principle is at the heart of the Heartbeat Sensor’s operation.

The light source in the heartbeat sensor is usually an IR LED, however photodetectors like Photo Diode, Photoresistor, or an LDR can also be utilized.

There are two ways to organize the components, namely the light source and photodetector:

• Transmissive Sensor: The light source and detector are aligned in this configuration. Between the transmitter and the receiver, the patient must place their finger.

• Reflective Sensor: The light source and detector are placed next to each other in this configuration. To read the heartbeat rate, the person’s finger is placed in front of the sensor.

• Heartbeat Sensor Module along with the Probe (finger based)

This project is an alternative to Smart Watches and other expensive Heart Rate, Monitors. 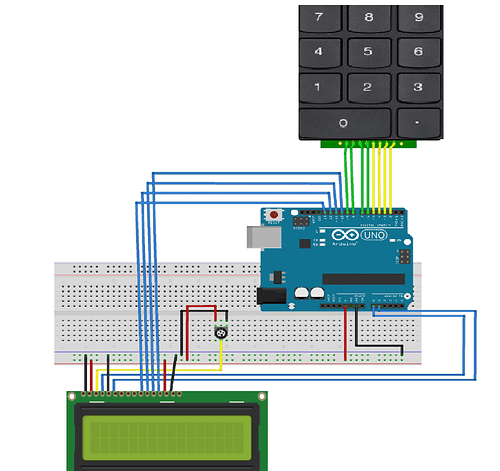 The Arduino UNO, a 16x2 LCD, and a 4x4 Matrix Keypad are used in this project.

The project can even perform complex calculations by increasing the number of switches.

Solar trackers change the orientation of a solar panel to match the position of the Sun. More sunlight strikes the solar panel, and because the panel is kept perpendicular to the Sun, less light is reflected, more energy is absorbed. This energy is turned into usable power.

Photovoltaic panels, reflectors, lenses, and other optical devices are oriented toward the sun using solar trackers.

Building the RGB LED matrix is a common student project. An LED matrix can be used for a variety of purposes, including message boards, animation displays, synchronized music spectrums, and more. Designing a circuit, generating a matrix, assembling components, and coding are all steps in the process of creating an RGB LED matrix.

The goal of this project is to create an 8x6 RGB LED matrix utilizing an Arduino Nano, an HC-06 Bluetooth Module, and an Android phone running a custom Program. So let’s get started with this Arduino DIY project. 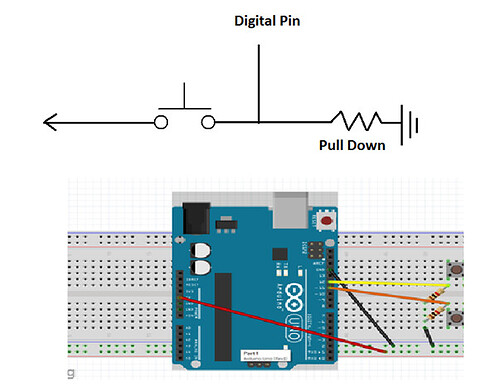 A thermometer is a temperature measurement instrument, as we all know. During Covid, we’ve been utilizing this a lot because every venue checks a person’s body temperature as part of their check before allowing them inside. Temperature measurement and control are also vital in domains other than medicine, such as incubators, storage rooms, laboratories, and so on.

The thermal expansion of solids or liquids, gas pressure, infrared energy measurement, and other factors all play a role in temperature measurement. The thermometer’s structure and operation are based on the principle.

• Thermometers are employed in a variety of fields, including weather studies, medicine, and scientific research

• The project can monitor a room’s temperature within a range of -550C to +1500C with very accurate readings.

The use of AI and natural language processing in home automation has grown in popularity. It decreases the amount of work required to regulate domestic equipment such as lights, fans, televisions, and air conditioners. Alarms, security cameras, and emergency systems are all linked into well-designed automation systems. Devices can be controlled by Bluetooth, the internet, a remote, and other tools and technology in addition to voice-activated automation.

• App for transmitting voice to Bluetooth

• The Speech-Activated Home Automation system will allow us to use simple voice commands to operate various loads (electrical appliances).

• This kind of system is beneficial for people with disabilities.

PWM DC Motor Control regulates the rotation speed by regulating the average voltage given to the motor.

Here we are design a project to control a DC motor using an Arduino L298N motor driver.

A Colour Sensor is a device that gives the accurate colour of the object by sensing or detecting colours. A colour sensor emits light using external sources like an array of white LEDs to analyse the object’s reflected light, thereby determining its colour.

We design a simple Arduino Colour Sensor application, which can detect different colours. We use TCS3200 colour sensors for this purpose and the Arduino board.

This Arduino smart locking system appears to be difficult. It’s easier than you may think, thanks to a low-cost, easy-to-use RFID reader.

A few parts in this project may be unfamiliar to you. The code is changed from existing examples rather than starting from scratch. This is a fantastic primer on multi-component devices with real-world applications.

You can change the intensity of an LED’s brightness by using a PWM pin on the Arduino. 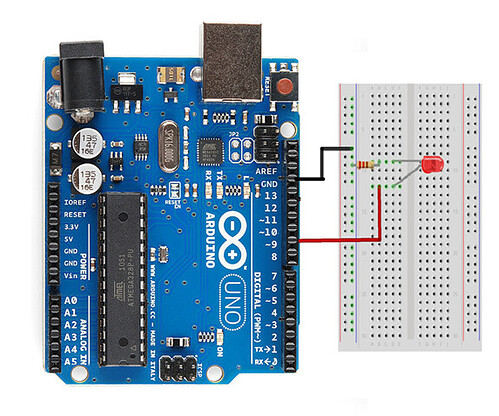 A mechanical wave that carries mechanical energy is defined as sound.

The presence of a medium is required for the transmission of this energy between transmitter and receiver. Solids, liquids, or gases can be used as the medium.

A transmitter transmits a high-frequency sound wave, while a receiver captures the reflected echo from a target in this technique.

The goal of this project is to create a portable ultrasonic range metre that can be used to measure the distance of a target without having to touch it. The Arduino, Ultrasonic Sensor, and LCD display are used in this project.

Objective of this project is to create an Arduino-based voice recorder that can also be used as a spy bug. Our spy bug records the voice with a little microphone and saves the recording to an SD card. It will be able to record 2-minute audio segments, with each 2-minute clip being serially numbered. Once the device is turned on, it will continue to record until the battery dies or there is no more space to save the audio. With the Arduino, we also added an LED that shows the recording process has begun. 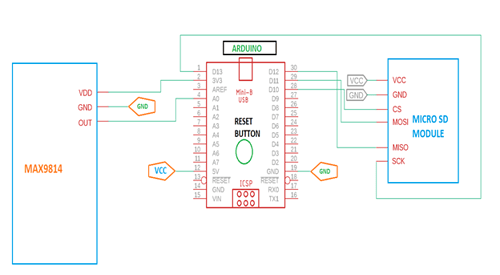 The Arduino UNO board is used to make a wireless doorbell utilising basic hardware. The project shows how to use the RF module for wireless communication and the Arduino UNO to evaluate the data.

Electronic doorbells, which were wired devices set in one location, took the notion even farther. Many products have become wireless and portable since the introduction of WiFi. As a result, wired doorbells are being phased out in favour of Wireless Doorbell Devices, which do not require the bell or switch to be set in place.

The project is made up of simple components and a free MIDI code library. It’s simple to use and may be enhanced over time until you’ve got a fully functional bespoke MIDI controller!

16) A Tilt Sensor With Arduino

A Tilt Sensor, sometimes known as a Tilt Switch, is a component that senses an object’s orientation. The usage of a tilt sensor in aircrafts is one of the best examples of its application. 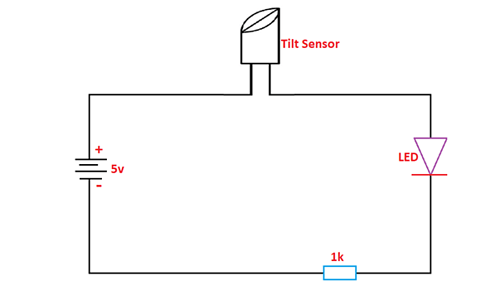 The tilt sensor will supply onboard computers with the airplane’s horizontal and vertical orientation or inclination. This information is given to the pilot in order for him to travel safely.