Network Time Protocol (NTP) is a protocol that aids in the synchronisation of computer clock timings across a network. This protocol is an application protocol that is in charge of host synchronisation on a TCP/IP network. David Mills created NTP at the University of Delaware in 1981. This is essential in a communication system to ensure a continuous connection between the computers. 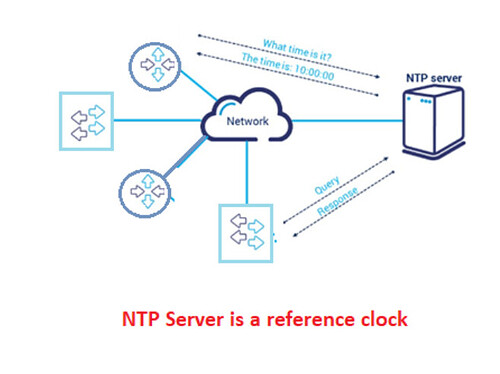 How does NTP works?

The Network Time Protocol (NTP) is a mechanism that allows hosts and clients to synchronise their clocks across the Internet. NTP is a technology designed to synchronize all network computers within a few milliseconds of Coordinated Universal Time (UTC). NTP’s clock discipline mechanism, which updates the local computer’s clock time and tick frequency in response to an external source, such as another trusted NTP server, a radio or satellite receiver, or a telephone modem, is at the heart of the protocol. Establishing the trust and accuracy of nodes in the NTP network is a critical problem in NTP. This is accomplished using a combination of selection and filtering algorithms to identify the most dependable and accurate peer in the synchronisation network.

The Network Time Protocol (NTP) may be the longest surviving, constantly operating, distributed program on the Internet, with origins dating back to 1979. The protocol’s first documentation was published in 1981 as Internet Engineering Note series 173 IEN-173. It has since evolved into Network Time Protocol Version 4, which is defined in RFC 5905 and has been adapted to nearly every client and server platform available today. NTP is used by millions of servers and clients around the world to maintain accurate time on devices connected to the Internet.

What are stratum levels?

Strata are degrees of separation from the UTC source. Among the numerous layers are the following:

Stratum 0:- Atomic clocks, GPS, and other radio clocks are examples of high-precision timekeeping devices. They produce a highly accurate time signal that is directly connected to a computer. Reference clocks are another name for stratum 0 devices. NTP servers are not permitted to advertise themselves as stratum 0.

Stratum 1:- These are computers that are linked directly to stratum 0 devices. Their system time is synced with the attached devices within a few microseconds. For sanity checks and backup, stratum 1 servers may peer with another stratum 1 servers. They are also known as primary time servers.

Stratum 3:- These are machines that are linked to stratum 2 servers. They use the same peering and data sampling methods as stratum 2 and can operate as servers for stratum 4 computers, and so on.

This hierarchy goes all the way up to stratum 15. At the pinnacle of the hierarchy, reference clocks are accurate timepieces, and stratum 1 computers are directly connected to those timepieces. From then, higher stratum numbers show the location from which each computer synchronises time data.

What are NTP features?

There are thousands of NTP servers worldwide. They have access to extremely accurate atomic clocks as well as Global Positioning System clocks. For these time services, specialised receivers are necessary to interface directly with the NTP servers. Equipping every computer with one of these receivers is neither practical nor cost-effective. Instead, the receivers are installed on computers designated as primary time servers. To synchronise the clock times of networked computers, they employ protocols such as NTP.

NTP employs Coordinated Universal Time (UTC) to precisely synchronise computer clock times. It provides greater accuracy on smaller networks, down to 1 millisecond in a LAN and tens of milliseconds across the internet. NTP does not take time zones into account. Instead, it defers such computations to the host.

What are the benefits of NTPv4?

The protocol header of NTPv4 has been changed to support the IPv6 address family. This most recent version enhanced mitigation and discipline algorithms, increasing precision to tens of microseconds in support of workstations, laptops, mobile devices, and LANs. NTPv4 additionally has a server discovery feature that aids in determining a server’s configuration.