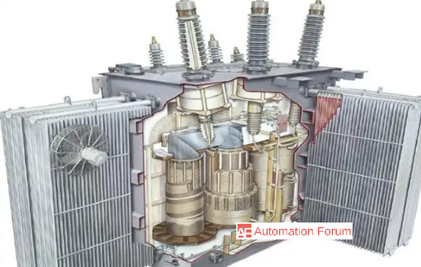 What is a power transformer

Power transformers are mostly used in electric power transmission and distribution systems. The power rating of these transformers can be known by the cooling method of the transformer. Ampere rating is increased in a distribution transformer by increasing the size of primary and secondary windings. The voltage level can be increased by increasing the voltage of the insulation. A power transformer is devices that are used to convert inbound electricity or voltage to a higher or lower value in order to accommodate the current flow needed for special purposes.

Types of transformers and their applications

Power transformers are inevitable in power grids, it plays a great role in the transfer of power and it transfers the power without overloading the circuitry. So the power transformer can also be considered as the safety feature because it can reduce some of the risks that are associated with utilizing the electrical current. The functions of power transformers are to transfer the power from the source to the destination and regulate the voltage. This process is done by the coil system of the device, the coils function as conductors, which helps to maintain the current flow within the required range. Voltage control is possible by managing the magnetic field fluctuation that takes place within the core of the power transformer.

What are the components and fittings of a power transformer

What are the types of power transformers

The two major types of power transformers are laminated core and toroidal. Laminated cores are those commonly shaped cube transformers that are used in power adaptors and they are stronger and cheaper than toroidal. This is the most widely used transformer in appliances to convert mains voltage to low voltage to power electronics. The toroidal types are smaller and lighter, for the same power rating. They produce less electrical noise and are more efficient. Voltage can be doubled by joining the secondary winding in series, it can be joined in parallel to get higher current.

The step-up transformer creates a low voltage in the primary to create higher voltage in the secondary and this can be achieved by a greater number of windings in the secondary coil. An example of such a need is a cathode ray tube that runs of 110V wall socket but needs thousands of volts to operate. In general, it can be described as to convert low voltage high current to high voltage low current.

Isolation transformer doesn’t increase or decrease the voltage though they can. They are used to do other purposes such as breaking a circuit into primary and secondary, so the direct current noise can be avoided and they can prevent high-frequency noise from capacitance buildup, it can also prevent unintentional ground connections between the primary and secondary.

Traction transformers are installed in electric cars, electric locomotives, and electric multiple units. Its main purpose is to transform the overhead contact line voltage to suitable voltage for traction converters.