What are Proximity senors? Types of proximity sensors and it's advantages and disadvantages 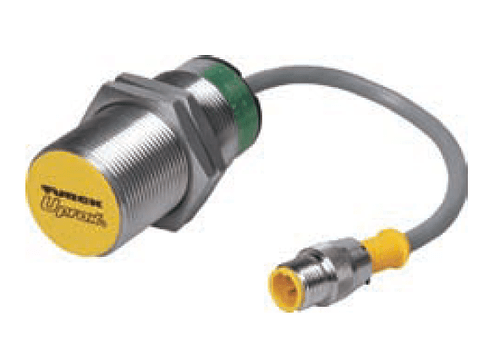 Proximity sensors are devices that are used to sense the presence of an object without physical contact. Proximity sensor uses different principles to sense objects. Such sensor is used an object should be sensed through nonmetallic contact.

There are different types of sensors, classified based on the principle used to detect. They are chosen depending on the type of material should sense.

Inductive sensors are used to detect metallic object Inductive proximity sensors operate under the electrical principle of inductance, where a fluctuating current induces an electromotive force (emf) in a target object.

The inductive sensor using the oscillator circuit to generate a high-frequency electromagnetic field. When a metallic object comes to contact with the field, an eddy current will produce at the object surface. The eddy currents on the object absorb some of the radiated energy from the sensor, resulting in a loss of energy and change of strength of the oscillator.

If the metallic object released from the field, the oscillator turns to the initial stage. 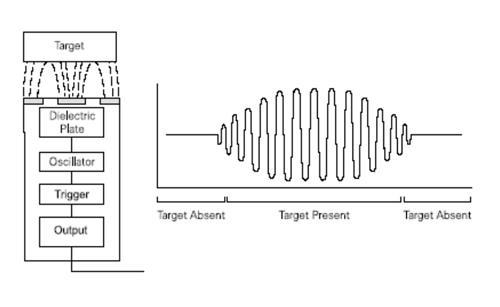 As a result, the oscillator circuit begins oscillating and changes the output state of the sensor when it reaches certain amplitude. As the target moves away from the field the oscillator comes to the original state.