A recorder is a device for data logging. These are electromechanical devices that plot the electrical or mechanical input data onto a chart . They can plot more than one input at a time and inputs are termed as channels. These multi channel devices also allows allocation of different color for different set of data points. Data is logged on for a extended period of time. And the chart or the paper that is used to record the data moves vertically at a uniform speed. Benefits of a recording device is the availability of the data at any further point of time, and also instantaneous output. These devices are easy to operate. Often the data can also be digital to be stored in a computer.

What is strip chart made of:

A Strip chart records data with respect to time and they consist of the following ;

A. Paper drive system: The paper system should move the paper at a uniform speed. A spring would may be used but in most of the recorder a synchronous motor (Stepper motor to be exact) is used for driving the paper. Chart speed is a term used to express the rate at which the recording paper in a strip chart recorder moves which is determined by the mechanical gear trains used in the system. It is expressed in in/s or mm/s . To calculate the period of the recorded signal from the chart speed:

B. Marking Mechanism: To mark the data points on the paper there are many types of stylus attachment. The most commonly used ones are: 1. Ink filled stylus: The stylus is filled with ink working by gravity or capillary actions. The same mechanics of a pen, this has a pointer connected to an ink reservoir with capillary connection between them. A color code is adopted for displaying data from different sensor inputs. Now a days disposable fibre tip pens are used. As more than one input can be noted by the strip chart there can be mechanical interference which is avoided by staggering the pens. Schematic diagram of a ink filled stylus strip chart recorder 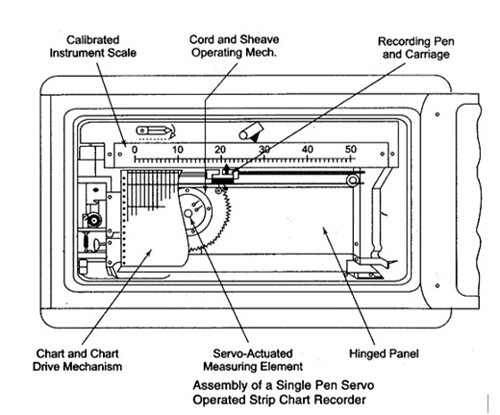 image520×432 64.5 KB
2. Heated stylus/ Thermal printing. Some recorders use a heated stylus which writes on a thermally sensitive paper that changes color. This method overcomes the difficulties encountered in ink writing systems. 3. Chopper Bar / Impact printing. A chart made from a pressure sensitive material is used and the sharp pointer is passed under a chopper bar which presses the pen into the paper once per second thus making a series on the special paper. In fact this system is not purely continuous and hence is suitable for recording some varying quantities.
On a similar note, carbon ribbon acting as ink is placed between the pointer and the chart. The ink transfers to the chart on impact. 4. Electric stylus marking. This method employs a paper with a special coating which a sensitive to current. It has a base coat of any primary color topped with aluminium layer. The stylus is made of Tungsten which removes the aluminium layer when current is passed, thus a trace of the color underneath appears on the paper. This method has a wide range of marking speeds, has low stylus friction and a long stylus life. The disadvantage is that the cost of paper is very high. 5.Optical printing : In this method a photosensitive paper that reacts to ultraviolet light is used. Ultraviolet sensitivity is utilized as paper sensitive to light in general will be difficult to record and subsequently read. The ultraviolet paper can be developed under dark or ambient light conditions. C. Tracing system: Tracing system is responsible for producing the graphical representation on the paper. This system is controlled by a servo motor. 1. Curvilinear system / Galvanometric recorders. In this, the stylus is mounted on a pivot at the center which moves through an arc for full width marking making the full recording line that is drawn across the chart to be curved with the time intervals along this curved line in segments. The pivot moves via a tightly wound coil that is electrically excited to deflect thus moving the stylus (Similar to the gasometer type instrument ) Hence the name. If the movement is continuous, the needle will have to be very strong, so this type is not used in analog recording. Instead intermittent recording can be done. This logic follows that they can not be used with impact type stylus. Though they are used with thermal printing and ink pen type styluses. Characteristics of galvanometer type recorder : In addition to limited sensitivity, it has fast response, small bandwidth and low input impedance, 2. Rectilinear system / Potentiometric recorders. This system produces a straight line across the width of the chart. Hence the stylus is actuated by a drive cord over pulleys and produce the forward and reverse motion through the drive mechanism. The stylus may be actuated by a self-balancing potentiometer system, a photoelectric deflection system, a photoelectric potentiometer system, or a bridge balance system where in the difference in the input signal and a reference signal is amplified to control the driving motor. The feedback control system that moves the potentiometric contact strive to lessen the error This system is usually used with thermal or electric wiring.

They provide for a continuous recording of data from various sensors simultaneously through multiple channels. Some of the notable applications are as follows, • temperature and humidity measurements, • flow rates, • pH, • pressure.

Block diagram of a potentiometer based strip chart recorder: 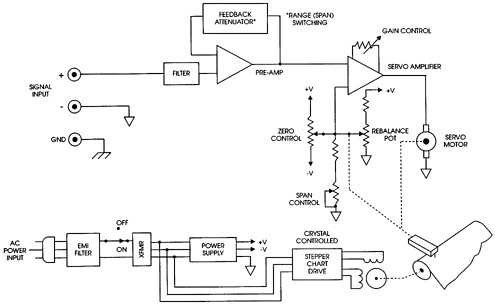 image998×616 83.1 KB
The DC signal from the sensor is initially filtered and then amplified and send as an input to control the servo motor that controls the driving of the stylus by moving the potentiometer head to minimize the error between the input signal and the reference signal. The recording instrument itself is powered by an AC signal that drives the motor control the movement of the chart.

1.Strip chart recorder: As mentioned before, contains a roll of paper that moves at uniform speed linearly over which the data is plotted. Most suitable for continuous recording where data manipulation or processing is not needed. Further the paper can be torn of and stored. 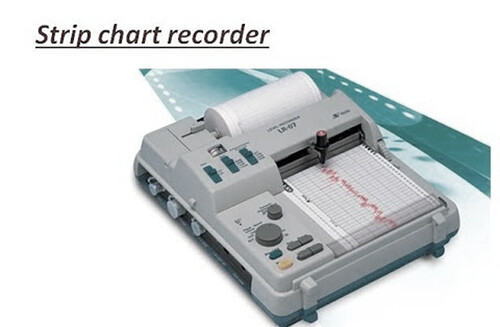 2.Circular Chart Recorders Data is recorded in a circular format where the paper is spun as opposed to rolled out. Used for time pre determined batch processes. 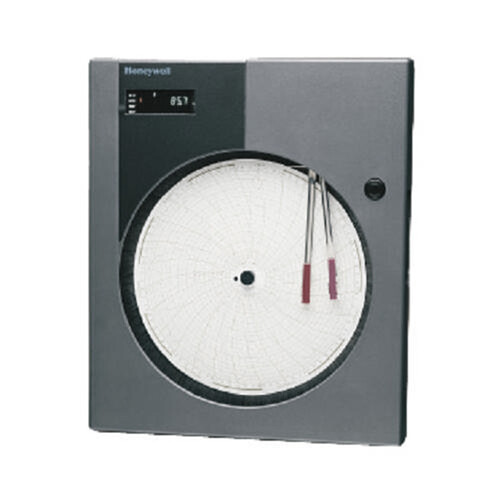 3.XY Recorders A chart of one input verses other input is plotted like the X-Y plot. Used under circumstances where the relation of one parameter over another needs to be determined. 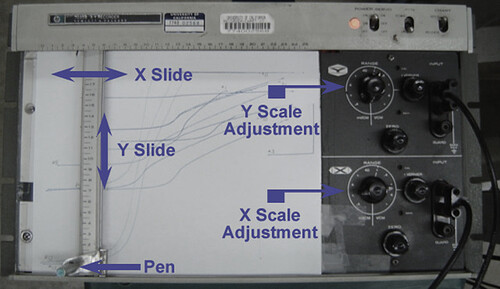 4.Hybrid Recorders They function as a data recorder and a data logger. With real time recording of data on a chart while simultaneously producing digital stamps to be electronically saved. Using only one pen for all the inputs for recording they have a slow response time. 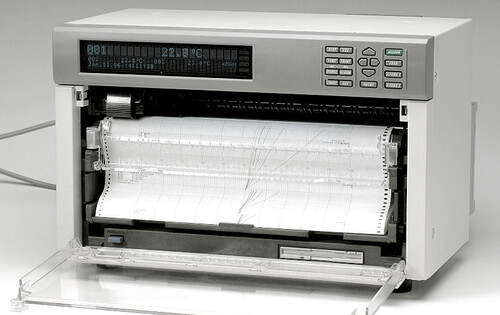 5.Paperless Recorders The data records are shown on a visual display while the data is logged into the memory for easy data transfer to computer. Most modern recorder are paperless. 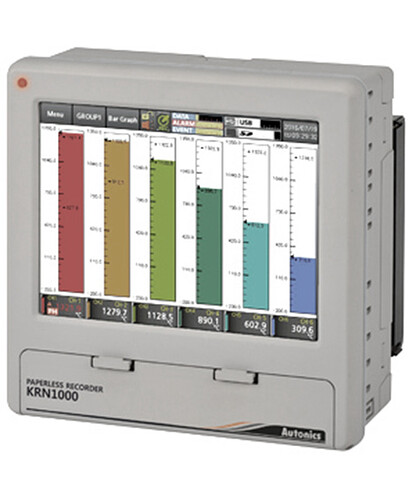